When President Burgers introduced the pound, smaller denominations were envisaged. The Volksraad voted against this, prohibiting not only the coinage of more pounds but also of smaller denominations, so nothing came of it. It is also not clear if the patterns of the Berlin Mint (today very rare and highly sought after) were an official submission or simply an attempt to “sell” the idea to the Volksraad. Various denominations were minted.The Burger pattern coins bearing his likeness are the 5/-; 2/-; 6D and £1. This series of pattern coins may be divided into three groups:

Those with a diameter of 22,2 to 22,5 mm were meant for the £1-piece and occur in a few variations of bronze, aluminium and gilded bronze.

Pieces with a diameter somewhat larger than 38mm could have been intended (taking British pieces as a guide) for £5 (gold) 5/- (the silver crown). 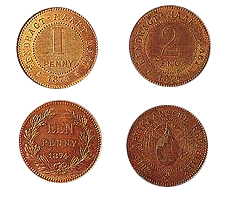 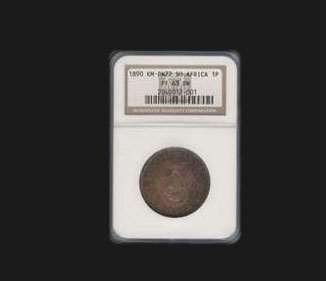