There is also a silver half-crown similar to the penny, with the head of Victoria and the Cape coat of arms. The Cape used British coin from 1806 to 1923; it did not have its own coin series then. The pattern coins were in all likelihood a promotional exercise to stimulate interest in an own series for the Cape. 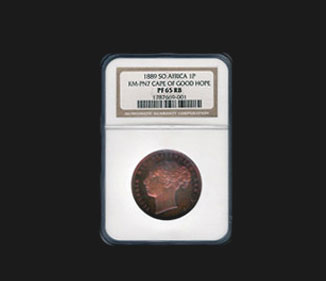